So I was looking at one of the assessments for the Spanish 1 book Agentes Secretos y el mural de Picasso.  Let me be clear in that I felt quite rushed in the book this semester with block scheduling.  And I personally got tired of having an entire quarter revolve around the book and not have as much fun with storytelling.  But I think I know what to do to improve that next semester when we do the Piratas book.

The way that we assessed was in four areas: Reading, Writing, Listening, & Speaking*

Reading:
Students took a passage from the novel and  translated into English.

Writing:
Students had two options:
1. describe 5 of 9 pictures from the book (teacher's guide) in Spanish.
2. write a new ending to the book

Here are a few samples that I enjoyed.  Keep in mind this is Spanish 1 and whether or not you are impressed with their abilities in the language to spontaneously produce, I am. ;-) 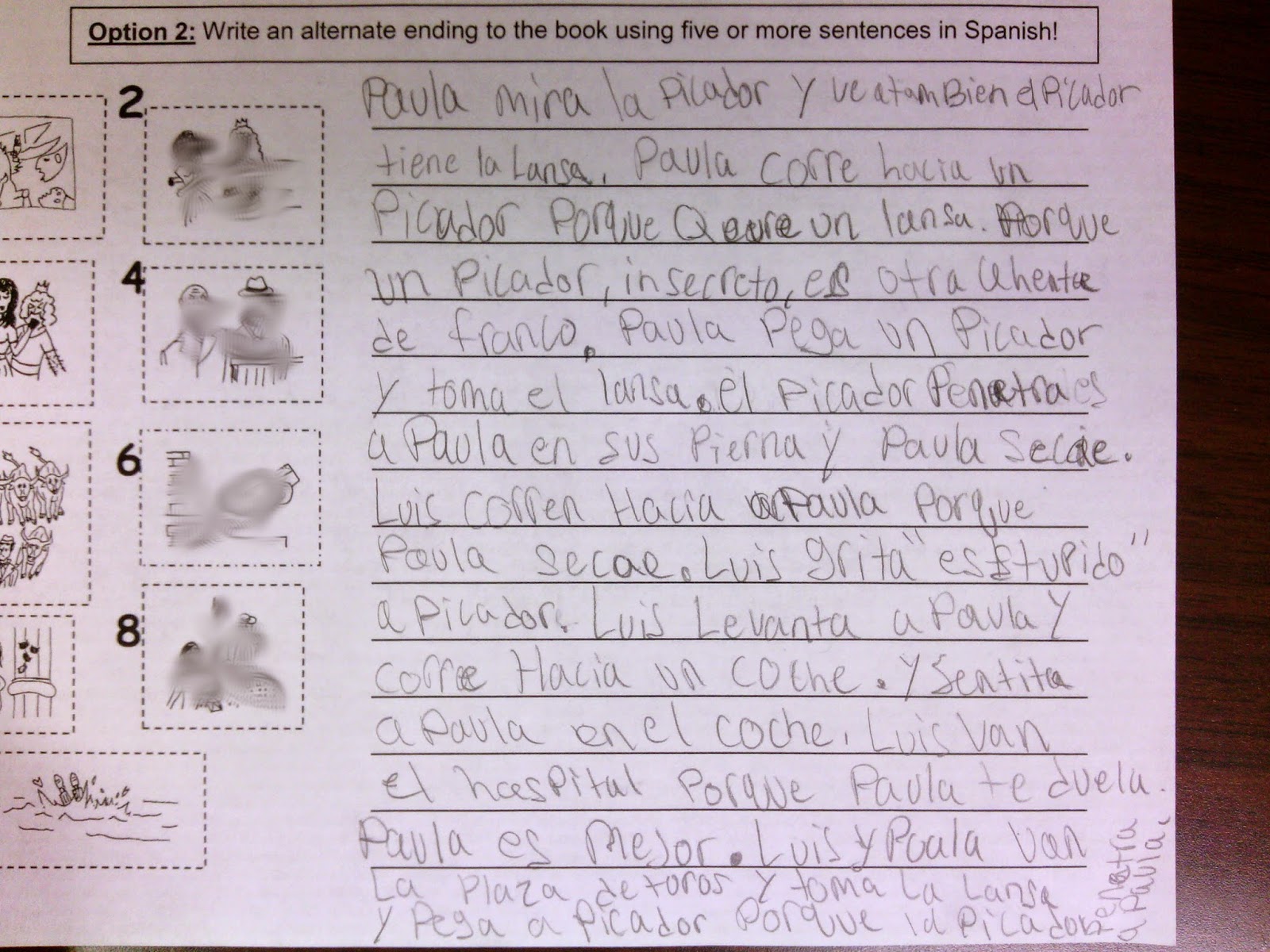 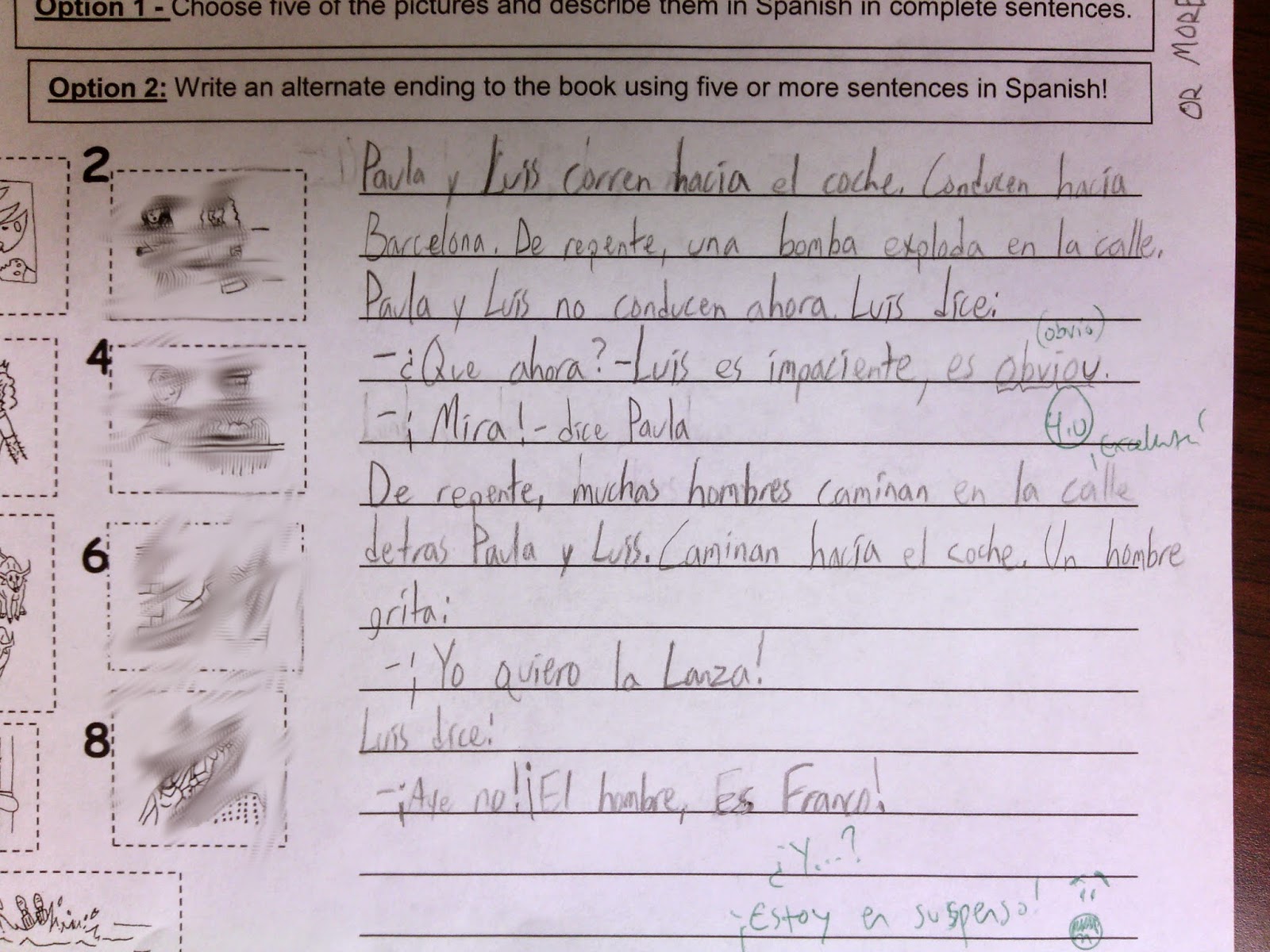 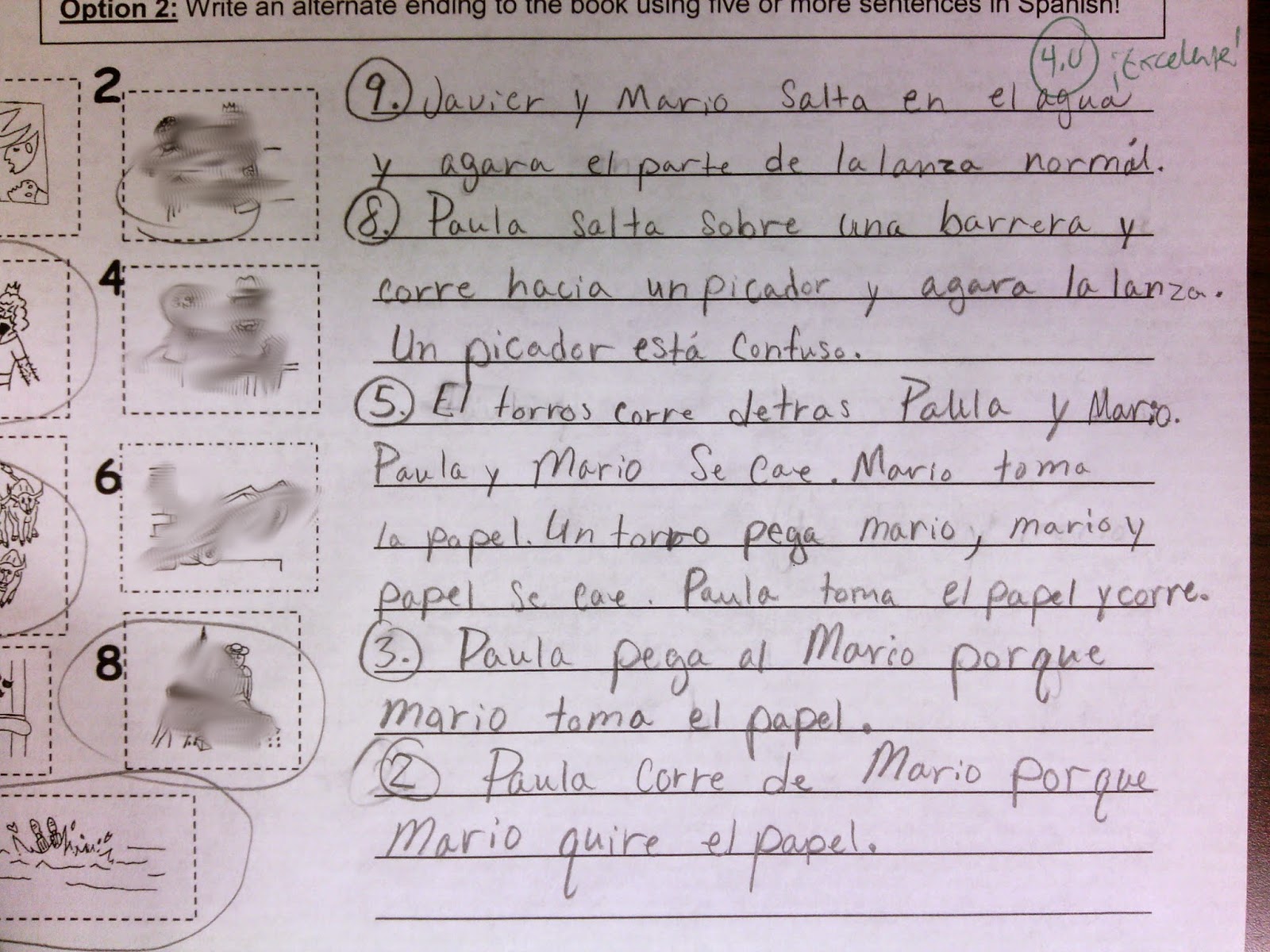 Speaking:
We used to do Google Voice (where they left me a message).  This basically meant I would be listening to them and grading them outside of school for a week or two. And a lot of the students didn't like this method because they were talking to an answering machine and as soon as they messed up they just wanted to hang up and call back.

So I decided to do stations (re-reading last two chapters, memory, "who am I", write about the picture, etc).  The final station was with me.

In the station, they were allowed to choose two events from the book (on cards) and two characters to talk about (on cards).  Once they chose, we went around in the circle and talked about the cards.

It was actually quite nice and the grading was more immediate for that section.  Many of the students enjoyed it more as well because they could help each other with a word if that was all they needed.  I used a scoring system with tally marks for sentences. Half points were for incomplete sentences or repeated sentences.  If they helped someone, had a complicated sentence or used words we barely used in class, they would get a tally mark and a star.  These all helped me determine by the end more or less where the students were at.   I would like to create a generic rubric of some sort in the future to be able to return to the kids.

*I do not believe that speaking should be assessed in such early levels, simply due to a lack of input.  However, our administration wants to see the kids speaking more Spanish and some in my department would also like to see that it is assessed.
Posted by Reflections of a Spanish Teacher at 12:18 PM