So in Spanish 1, we started reading the Pirates book.  After Agentes Secretos consuming our entire classes for about 10 weeks, I decided that it might be fun to try doing some normal classroom activities, storytelling, movietalks, songs, etc and then just do the book for the last 30 minutes of class every day or every other day, as needed.

This way I can use some of the structures from the book ahead of time to prep the students with a story or two to get them more comfortable, and hopefully also have a good time with storytelling.

So the last week or so, our story structures were loosely based around the song: Puedo ir al baño by the incredibly talented and famous Señor Wooly.  I did this story activity last year using the song as the warm up for a few days.


The story structures I used were: 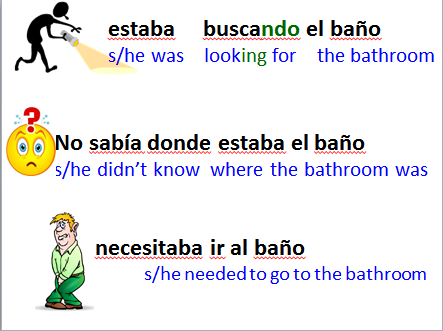 *goals on this story were "ir" (to go), progressive (-ing), sabía/sabe (s/he knew/knows) and overall review of words

And in almost all of the cases, the characters were looking for the bathroom because they drank too much of something, ranging in classes from lemonade to baby chicken blood.

At the end of each story, nothing happened though.

I needed to practice a few more phrases for future chapters in the pirates book and thought it would be fun to do a continuation of the story to not have to start over with the problem.  So I am continuing with the character's problem and fast-forwarding the story (if we didn't finish). 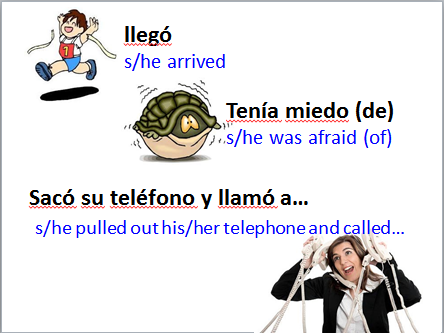 These are the structures I decided on:
And now that they have found the bathroom, they still can't go to the bathroom because someone or something else that terrifies them is in the bathroom!  They call different people/things for help who come and are either terrified or lose to the creature, until maybe the end.

It's kind of nice though to not have to start from scratch on the story.  For my first block class today, it was a very logical transition in the story.

Does anyone else try to make a continued story from a previous one?  It could be kind of fun once in awhile.
Posted by Reflections of a Spanish Teacher at 7:37 AM